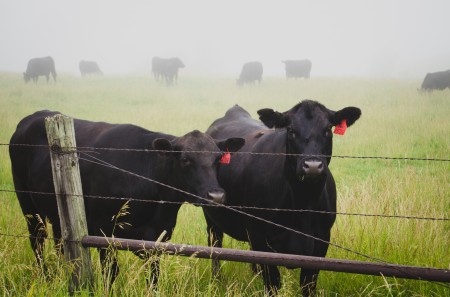 The agricultural sector produces 40% of New Zealand’s merchandise exports. Not only is agriculture the primary source of employment in many rural areas, its performance influences the success of urban regions and many secondary industries are dependent upon it.

In this study, we estimate the drivers of revenue and productivity in two key agricultural industries – dairy and sheep/beef. Together these account for about two-thirds of New Zealand’s agricultural exports.

Productivity is an economic term that, in this case, explains changes or differences in output not explained by use of labour, capital, other expenditures or land. Output is measured as revenue excluding income from interest and dividends. Labour is employees and working proprietors. Capital includes stock, depreciation and rent on tractors, irrigation systems and fencing. Other expenditure includes use of fertiliser, diesel, electricity, wormicide and grass seeds; and land is all the land used for production. Productivity encompasses everything else, including management and worker skills and knowledge, technological improvements, unexpected economic shocks (such as the global financial crisis), changing weather conditions (e.g. droughts), and the inherent quality of each farm.