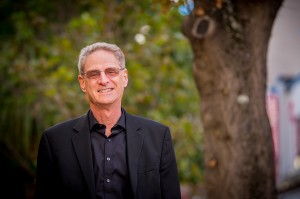 Over the last year, Motu researchers undertook important research in environment and resources, urban and regional economics, population and labour, productivity and innovation, and macroeconomics and wellbeing. Some of our more recent projects are featured below, including the first paper co-written by Dean Hyslop as a Motu Senior Fellow. Dean won the prestigious Frisch Medal in 2008 for his work on estimating the effects of a time-limited earnings subsidy for welfare-leavers alongside David Card and is one of New Zealand’s leading experts on labour markets and econometrics.

I am also extremely pleased to announce that Dr Isabelle Sin has just received her first Marsden Fund grant as principal investigator. Izi was one of Motu’s first research analysts before completing her PhD at Stanford and returned to us in 2012 as a Fellow. You can find out more about Izi’s project below.

One of Motu's three founding principles is a commitment to independence and transparency. This is reflected in our policy of consistently publishing all of our research findings without fear or favour. This requirement is clear in all Motu's contracts and a major element of our constitution and mission. To ensure good policy and a favourable result for the country as a whole, it is vital for research to be freely available and widely debated. Motu holds a strong position in ensuring scientific, economic research is at the heart of decision-making. We’re becoming known for our summary haiku and the following encapsulates our position.

Our financial performance in 2014/15 reflects a return to stable and sustainable balance. If you’d like to learn more about our work and finances, please check out our latest annual report, which shows that we expect to continue to grow our research activity and revenue at a steady pace. In the coming year, we will be seeking new funding sources to allow us to establish a new research programme in agricultural economics, and to strengthen our efforts to build economic capability and economic understanding in New Zealand. 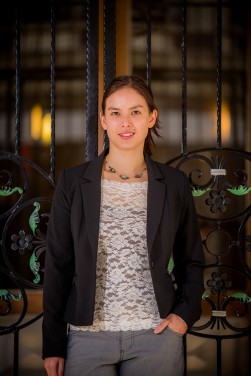 New Zealand has the highest skilled emigration rate in the OECD at 24.2%, yet our understanding of the forces driving our skilled graduates overseas is limited.

Isabelle Sin, one of Motu’s fellows has been awarded Marsden Funding for a three year investigation into recent tertiary graduates and their domestic and international migration. The research will examine whether financial incentives provided by the government reduce brain drain, and how migration decisions and the ability of graduates to move to job opportunities are affected by their wealth.

Izi is an expert in international flows of knowledge and will work on the project with Associate Professor Ran Abramitzky of Stanford University, where Izi received her PhD in 2011.
International migration is among the most momentous decisions an individual can make, and is a major force in shaping societies. Economic models predict that migration responds to financial incentives, but there is scant evidence of the effect of financial incentives on migration decisions.

The research is aimed at improving understanding of the drivers of skilled migration decisions, in order to provide policymakers with reliable evidence on which to base migration and education policies in NZ.

To answer her research questions, Izi will use features of New Zealand’s student support system that create groups of graduates who differ in their wealth or financial gains from migration but are otherwise comparable. In doing so, her research will also test the claim that student loans drive graduates overseas, evaluate whether interest-free loans help NZ to retain graduates, and assess how the student support system affects students’ outcomes. The aim is to better understand the role of tertiary education in the development of NZ’s society and economy.

Izi joined Motu as a Fellow in January 2012 after completing her Ph.D in Economics at Stanford University, California. She has been awarded a Fast Start grant of $300,000 over three years from the Marsden Fund. Fast Start funding is awarded to emerging researchers to develop their own interests in the research community.

Her research areas are applied microeconomics and economic history, particularly the fields of the economics of knowledge and its international and domestic diffusion. Her interests also include migrants as carriers of ideas. In her doctoral dissertation, she studied flows of books translations between countries to gain insight into the international flow of ideas codified in books.

Ironically, Izi was not part of the team at Motu who recently investigated the success of researchers post-Marsden Funding, but she is confident the grant will boost her future publications by at least 3 to 5%.

The LBD is a world-leading, integrated microdata set covering most New Zealand firms. Having access to firm-level data provides researchers with a degree of resolution that isn’t possible with aggregate data. This greatly enhances the range of questions that can be investigated and opens up a wealth of policy-relevant research into the economic forces influencing firm productivity. Maré, Hyslop and Fabling combined this dataset with estimates of worker skill derived from linked employer-employee data in Statistics New Zealand’s Integrated Data Infrastructure (IDI). 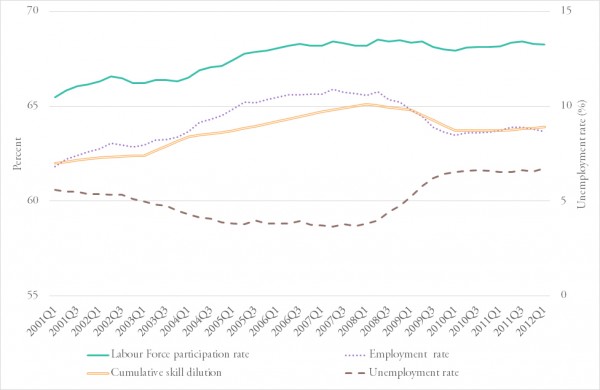 The measure of worker quality – which is derived from earnings data – reflects the bundle of skills, qualifications and experience of individual workers. As such, it picks up a broader range of worker attributes beyond qualifications. Based on this measure, there was a cyclical decline in the average labour quality of the New Zealand work force of 1.8% from 2001-2012 due to the increased employment of low-skilled workers. The fall was particularly pronounced in the business cycle upswing that preceded the Global Financial Crisis that began in 2008.

The figure above shows the strength of skill dilution, and illustrates how closely it follows changes in the employment rate. For example, there was a net 3.0% decline in average skill during the business cycle upswing from 2001 until the global financial crisis (GFC) struck in 2008, followed by a 1.4% increase during the sharp contraction over the next two years, and a further mild 0.2% decline over the final two years of the sample period.

This dilution of the average quality of New Zealand workers reflects the net result of two opposing forces. First, average skills increased due to ageing (ie, greater experience) and rising qualifications. For example, the share of tertiary qualified workers grew from 15% to 25% while the share of workers with no qualifications fell from 19% to 14% between 2001 and 2013.
Secondly, the large number of new workers who came into the labour market had, on average, lower skill than existing workers. This led to a cyclical dilution in worker quality that offset the improvement in qualifications and experience. Adjusted for compositional changes, labour input in New Zealand grew by 13.3% from 2001 to 2012, as opposed to 15% in unadjusted terms.

Slower growth in quality-adjusted labour input translates into faster growth in mfp. Specifically, mfp growth adjusted for changes in worker quality increased by an average of 0.24% per year compared to 0.14% per year for the unadjusted measure.

Looking at the effect of changes in skill on mfp growth over the sample period, skill adjustment is almost entirely accounted for by changing skill composition within continuing firms that operate throughout the period. This implies that the cyclical changes in skill composition, and hence skill-adjusted impacts on mfp, occur mainly for continuing firms.

Overall, skill adjustment provides an improved view of cyclical labour market and productivity change, but the impact is not large enough to account for much of New Zealand’s relatively weak productivity growth since 2001.

This dataset includes firms of all sizes, including sole-proprietor firms that do not have any employees. The industry coverage of firms in the dataset is also extremely broad, covering the primary, manufacturing and services sectors. This contrasts to firm-level datasets in other countries that often cover only large firms in the manufacturing sector.

Applications for the Motu Thesis Scholarship are now open

Every year, the Motu Research and Education Foundation offers a one-year $10,000 scholarship to a promising university student of Māori descent planning to work on an Honours, Masters or PhD thesis. The preference is that this topic be in economics, or some other social science, and use a quantitative methodology.

Through this scholarship, we hope to enhance Māori research capacity and encourage students of Māori descent to develop an interest in researching topics relevant to public policy development. Our aim is to make New Zealand a more attractive location for top researchers, including expatriate New Zealanders, to work.

More information on the scholarship can be found on the Motu website www.motu.org.nz. The deadline for scholarship applications is 16 December. If you are interested in getting more info on this scholarship, email Isabelle Sin.

Some past recipients of the scholarship include: