Letter from the Director

Motu recently completed a 2+ year research partnership programme with the Productivity Hub (Productivity Commission, Treasury, MBIE and StatisticsNZ). The goals of the partnership were twofold: first, to further our understanding of the determinants of productivity in NZ firms using the micro data on firms held by StatisticsNZ in the Longitudinal Business Data (LBD); and second, to increase the capability of ministry staff, academics and students in using the LBD for policy research. Motu was awarded the contract for this programme based on our proven track record of using the LBD for policy research.

In terms of research, this programme included analysis of:

In addition, the programme contributed to long-term research and capability in this area through:

Working papers describing each of these work products are available on the Motu website. This partnership provides an excellent example of how Motu contributes to the knowledge base for public policy in New Zealand. We tie theoretical and methodological advancements to the real challenges that New Zealand faces, and study the important underlying forces at work, not just the specific policy challenges of the day. We believe that this kind of foundational work is key to building good public policy in the long run.

A new paper by Dave Maré examines firm level multi-factor productivity (mfp) and price variation according to where firms have employees. It focuses particularly on the relative productivity performance of the Auckland urban area, compared with other urban and non-urban areas. The paper provides improved estimates of urban productivity differences in New Zealand and confirms that firms in Auckland have on average 13.5% higher labour productivity relative to firms in other urban areas. It attributes 5.6 percentage points of this to the greater quantity of other inputs used by Auckland, and a further 5.7 percentage points to the higher quality of Auckland workers. 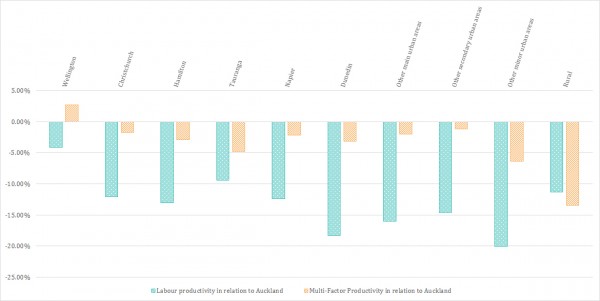 The examination of whether the size of Auckland’s productivity premium is related to industry characteristics failed to find strong systematic patterns. Similarly, although we find lower market power in exporting industries and greater market power in industries employing highly qualified workers, spatial differences in market power are small. Finally, the research demonstrates that failing to account for spatial variation in input and output prices biases downward the estimates of the Auckland premium, by 3 to 6 percentage points.

Biological emissions from agriculture (methane and nitrous oxide) make up almost half New Zealand’s total greenhouse gas emissions. There is still little agreement, however, on how to address farming emissions. Motu Economic and Public Policy Research brought together a group of New Zealand climate change and agriculture specialists to investigate cows, sheep, economics, and science as background for the Parliamentary Commissioner for the Environment’s recent report.

The two Motu working papers that resulted take as a baseline that, for the climate to stabilise, net long-lived gases - carbon dioxide and nitrous oxide emissions - must be the central focus of mitigation efforts and must ultimately be cut to (net) zero. 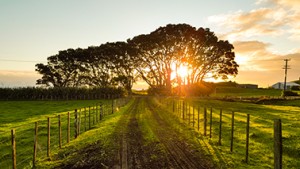 The first Motu working paper makes it clear that while leading scientists disagree on the importance of reducing methane in the short term, this isn’t because they disagree on the science. Individuals make different judgements about politics in New Zealand and internationally. Some are concerned that focus on methane will reduce effort to reduce carbon dioxide – a bad outcome. Judgements about when climate change will be most damaging – and how quickly we will adapt - also differ. If we are strongly concerned about climate damage now we should put more effort in now to reduce methane; if our key concern is long term ‘peak’ concentration, then current action should be focused on a smooth long-term transition to a low methane future. There is no ‘correct’ answer to how methane should be addressed.

The second paper explores policy options both within the Emissions Trading Scheme (ETS) and outside it. The findings of this paper were strongly informed by the agriculture and low-emission future dialogues run by Motu since 2009 that have included farmers, iwi, industry, not-for-profits and government officials. Delaying the adjustment of the farming sector toward low methane emissions may require that adjustment to happen very quickly in the future, if climate damages and greenhouse gas prices are even higher than anticipated. To protect rural communities, policies and actions should encourage farmers to start the transition to low-emission techniques and products now.

The Motu reports acknowledge that New Zealand farmers have already made substantial efficiency gains that have constrained the rise in total agricultural GHG emissions. However, total agricultural emissions are projected to continue to rise in the short to medium term because of planned production increases. Continuing current efforts is not enough. Because our agricultural industry is both productive and becoming more climate-smart than many other countries, it is in New Zealand’s interests for agricultural emissions to be included in the climate mitigation strategies of all countries. Our government and farmers could work with developing countries to transform their agricultural sectors. 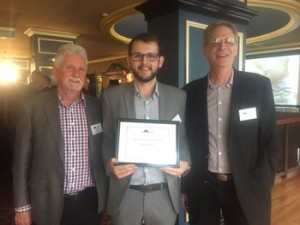 Motu is happy to announce that Ben Davies from the University of Canterbury has been selected as the winner of the 2016 Frank Holmes Prize. The purpose of the prize is to encourage top quantitative economics student to further their studies in econometrics at graduate level.

Ben is an economics and mathematics student at the University of Canterbury, who will complete a joint honours degree in 2017. His career intention is to engage with the global economic research community and strengthen his understanding of how that research benefits society. His core academic interests are in dynamic optimisation in competitive and uncertain environments, and incentive structures in the consumption of natural resources and public goods.

Next year Ben will undertake advanced coursework in microeconomics, econometrics, dynamical systems, and optimisation theory at the University of Canterbury. 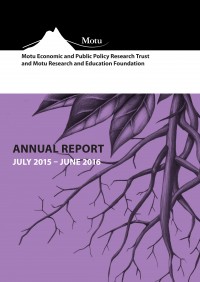 Forthcoming from Motu
This is a new biannual email listing some of the publications Motu hopes to release over the next six months. It is designed to inform policy analysts and researchers of upcoming research and analysis. If you would like to receive this information (twice a year), please subscribe to the ‘Forthcoming from Motu’ email here.

2016 Annual Report
Motu's Annual Report for 1 July 2015 to 30 June 2016 is now available on our website. If you wish to receive a hard copy of the Annual Report, please email us and we will send this to you shortly.

Motu in the News

Parliament gets an environmental 'reality check'

Urban Productivity Estimation with Heterogeneous Prices and Labour - Working Paper 16-21 by Dave Maré
This study estimates differences in productivity (mfp) across New Zealand urban areas, with a focus on the size of Auckland’s productivity premium. The estimates are based on analysis of firm-level data from Statistics New Zealand’s Longitudinal Business Database. The methods used in the paper overcome some of the biases that arise in standard approaches to spatial productivity estimation - biases arising from imperfect competition, spatial price variation, firm heterogeneity, and labour-sorting across cities. Ignoring these factors leads to biased estimates of the Auckland’s relative productivity performance. The study also investigates industry differences in spatial productivity patterns.

Employment misclassification in survey and administrative reports - Working Paper 16-19 by Dean Hyslop and Wilbur Townsend
This paper analyses measurement error in the classification of employment. We show that the true employment rate and time-invariant error rates can be identified, given access to two measures of employment with independent errors. Empirical identification requires at least two periods of data over which the employment rate varies. We estimate our model using matched survey and administrative data from Statistics New Zealand’s Integrated Data Infrastructure. We find that both measures have error, with the administrative data being substantially more accurate than the survey data. In both sources, false positives are much more likely than false negatives. Allowing for errors in both sources substantially affects estimated employment rates.

Agricultural Emissions Mitigation in New Zealand: Answers to Questions from the Parliamentary Commissioner for the Environment - Working Paper 16-16 by Suzi Kerr
This paper explores how New Zealand should address agricultural greenhouse gas emissions: methane and nitrous oxide. The starting point is the internationally agreed-upon goal of limiting global warming to below two degrees, and New Zealand’s commitment to contribute its ‘fair share’ to the international climate-change mitigation effort. The report focuses on the role of mitigating biological agricultural emissions within that, and how New Zealand could most cost-effectively mitigate its own emissions and contribute to the mitigation of agricultural emissions abroad.

Yield to Change: Modelling the Land-use Response to Climate Driven Changes in Pasture Production - Working Paper ​16-15 by Levente Timar
In contrast to most economic drivers of land-use change, climate-related drivers display substantial geographic variation. Accounting for this spatial heterogeneity is important in simulations of the land-use response to climate change. I use a discrete choice model to estimate the relationship between pasture yields and rural land use.

Agricultural Emissions Mitigation in New Zealand: Answers to Questions from the Parliamentary Commissioner for the Environment (2016)

Cows, Sheep and Science: A Scientific Perspective on Biological Emissions from Agriculture (2016)

Many challenges hinder Māori to realise their aspirations for native forestry on their land.

What is the nature of subjective wellbeing inequality?