Home » News » Motu Researcher off to top US University

Motu Researcher off to top US University 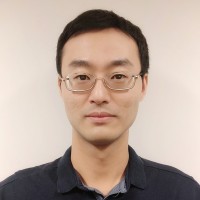 Edmund Lou, a Research Analyst at Motu Economic and Public Policy Research, has been granted a full scholarship for a PhD programme at Northwestern University, and is heading off to Evanston, Illinois.

“It’s a great place,” said Mr Lou. “They have many excellent theorists and fantastic empirical people, so it will be a good place to learn.”

Mr Lou is keen to work at the conjunction of environmental economics and game theory. He also has an interest in political economy.

“I believe there are very many opportunities to apply excellent theory to climate research,” said Mr Lou. “There is so much deep knowledge sleeping in the theory. I would like to be someone who works intensely in theory, but also takes that knowledge out to policy people.”

Mr Lou completed his honours degree at the University of Auckland with a focus on game theory. He has worked for Motu for nearly three years in the environmental team. His research has examined what drives nutrient leaching and greenhouse gas emissions. He also worked on a project on options for agricultural emission reductions that have little or no cost.

“My home town, Shanghai, is polluted so you can sometimes smell burning, even when nothing is burning. And the city will disappear with global warming and sea level rise. But also, when I arrived in New Zealand, I realised that it isn’t as clean as I’d thought,” said Mr Lou.

“I am hoping that my research will help global cooperation to take action around climate change, because we need both individual and economy-wide transformation,” said Mr Lou.

Motu has supported Edmund with a $3,000 scholarship towards his living costs.

New Zealand’s freshwater reforms: what are the potential impacts on greenhouse gas emissions? (2017)