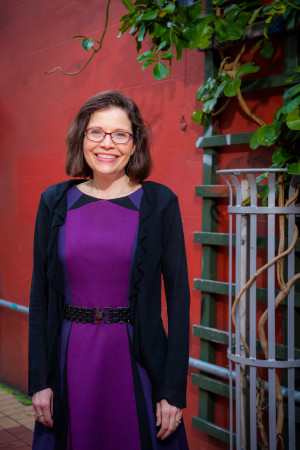 Motu Economic and Public Policy Research is proud to announce the appointment of Catherine Leining as a New Zealand Climate Change Commissioner.

“I was first exposed to climate change science and policy as a biology undergraduate, and this sparked a lifetime career dedicated to finding ways to reduce greenhouse gas emissions,” said Ms Leining.

She brings to her role as Commissioner a unique combination of technical policy expertise and commitment to working with climate change stakeholders across sectors.

As a Policy Fellow at Motu Economic and Public Policy Research, she leads Motu’s research and engagement programme on “Shaping New Zealand’s Low-Emission Future.” In this role she has conducted influential stakeholder dialogues and conferences.

She has also advised GLOBE-NZ (a group of cross-party MPs) on emissions pricing and wider climate issues, co-authored a global handbook on emissions trading, and led Negotiated Greenhouse Agreements with major-emitting industries.

Ms Leining has held policy positions at the Ministry for the Environment, Ministry of Foreign Affairs and Trade, Wellington City Council and New Zealand Transport Agency.

Before moving to Aotearoa from the US, Ms Leining held policy positions at the Center for Clean Air Policy, ICF Consulting and the International City/County Management Association.

Ms Leining was trained as a Climate Leader under The Climate Reality Project launched by Al Gore. She also serves on the Board of Trustees for the New Zealand Centre for Global Studies. She holds a BS in biology (with distinction) and French from Duke University. She also sings and you can hear her take on the NZ ETS turning 10 here.