From the Interim Director of Motu Research

Welcome to Motu News May 2018! Motu Research is known for quality research on wide-ranging public policy issues amenable to economic analysis. In this issue we report on research ranging from measuring human rights; to modelling land use; the digital divide; rising seas; and the gender wage gap.

Our strength is our people – from our senior research fellows to our research analysts. We’re proud that Senior Fellow Suzi Kerr has been appointed as a specialist advisor to and member of the Interim Committee on Climate Change, allowing her to continue her non-partisan work at Motu Research while having a personal influence on policy. We are also building our capacity with three new research fellows joining us shortly – Senior Fellow, Niven Winchester; and Fellows, Elodie Blanc and Lynn Riggs. We will bring you more information about these new staff members in forthcoming newsletters, but we can let you know that they will strengthen our economic modelling capacity and introduce expertise in health economics.

Alongside building our own capacity to contribute to the public debate, we are also building New Zealand’s capacity for research on public policy issues. We have four new Research Analysts who will join us in the next year, two of whom will start in the next couple of months and we have already decided on our interns for the summer 18/19. We look forward to telling you about what our new people (and of course our current staff) are up to in future newsletters.

If you want to know more about anything in this newsletter, please feel free to contact me on lesley.haines@motu.org.nz. 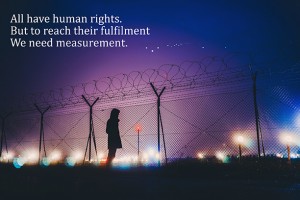 Based in New Zealand, and operating internationally, the Human Rights Measurement Initiative (HRMI) is the first global project to track the human rights performance of countries around the world.
This is the first set of robust, comprehensive data on human rights. Existing metrics are piecemeal, of varying quality, and sometimes muddied by political agendas.

“We are creating the world’s first go-to source of comprehensive, country-level human rights data. Rather than starting from scratch, we are drawing on the expertise of specialists who have already been working in this field for decades,” said Anne-Marie Brook, the co-founder of HRMI. You can hear Anne-Marie being interviewed by Kathryn Ryan on RNZ Nine to Noon here.

HRMI has just launched their initial suite of metrics on a on a new interactive data visualisation website. In the future they plan to expand their coverage to include more countries and a wider variety of human rights. 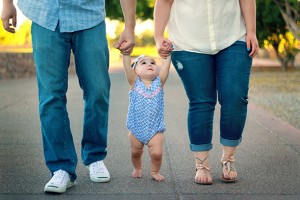 The gender pay gap in NZ has generally been decreasing since 1998. It is, however, still a long way from zero. In NZ the gender pay gap is around twice as large for parents than non-parents. The paper examines how parenthood contributes to the gender pay gap in New Zealand. The authors research wage data, birth records, and information on hours worked to describe the labour market outcomes of men and women as they have children. The research examines how parenthood contributes to New Zealand's gender pay gap, penalising high-earning women the most, and setting them on a trajectory of lower lifetime earnings relative to their male peers.

This seminar is brought to you by the Ministry for Women, Motu Research, AUT, and the NZ Work Research Institute. 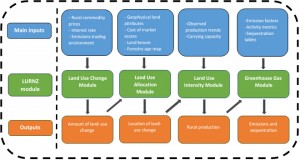 Motu helped provide an economy-wide model for the Productivity Commission that can simulate future actions under different scenarios. Motu used its Land Use in Rural New Zealand (LURNZ) model so the Productivity Commission could explore how our pastoral, horticultural, and forestry industries could help support New Zealand’s low-emission transition. Concept Consulting provided work in the energy sector, and Vivid Economics produced the remaining elements of the nationwide model. More information on the model is here.

Together with the Institute for Governance and Policy Studies at Victoria University of Wellington, and the Environmental Defence Society, Motu also convened four half-day roundtables that brought together diverse experts from New Zealand and overseas to shed new light on particularly thorny questions for New Zealand’s low-emission transition that were used in the report. 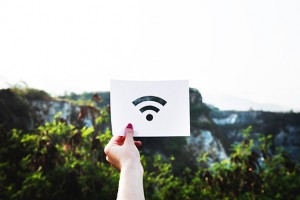 The New Zealand Government has spent over $1 billion since 2008 developing an ‘ultra-fast broadband’ (UFB) network. A new study from Motu Economic and Public Policy Research Trust looks at the access that New Zealanders have to this rollout, with special attention given to access for those living in deprived areas and for Māori.

“Our analysis shows New Zealand’s fibre rollout has positively addressed lack of access to ultrafast broadband based both on material deprivation and – within urban areas – on ethnicity,” said Dr Arthur Grimes, a Senior Fellow at Motu. “Within urban areas, Māori are more likely to live in areas that have UFB access. However, because main urban areas, which have the best fibre access, have the lowest proportion of Māori residents, overall Māori as a group are slightly less likely to have fibre access,” said Dr Grimes.

More on the study, “Is internet on the right track? The digital divide, path dependence, and the rollout of New Zealand’s ultra-fast broadband” by Eyal Apatov, Nathan Chappell and Arthur Grimes received funding from Huawei New Zealand can be found here. 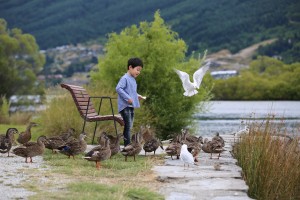 Many communities and iwi in coastal and flood-prone locations face an uncertain future because of climate change, with rising sea levels and a greater frequency and magnitude of extreme weather events. We do not yet have a good understanding of how these long-term changes will affect people in these exposed locations, but we can learn from studies of the impacts of short-run natural hazards such as major floods and earthquakes. It is clear that individuals and households can suffer both directly and indirectly, and stressors even from single events can extend over years. These include significant financial impacts, loss of assets and resources, loss of access to valued places, loss of physical and mental health, and loss of identity and sense of belonging.

Some individuals and groups may be more vulnerable to these impacts, while others may be more resilient. It is not yet clear who will be more vulnerable, nor what kinds of steps need to be taken to build resilience for the long term. More on this topic from the Deep South National Science Challenge Impacts and Implications Team, lead by Suzi Kerr is here.

How many children should we have for the country? (RNZ Sunday Morning)

Working Paper 18-05 "HRMI Civil and Political Rights Metrics: 2018 Technical Note" by Clay, K Chad, Ryan Bakker, Anne-Marie Brook, Daniel W. Hill, Jr., and Amanda Murdie. 2018
This paper details a new methodology developed to measure civil and political rights violations in a pilot sample of 13 diverse countries. In doing so, we discuss the problems present in previous attempts to measure civil and political rights cross-nationally and argue that our approach overcomes many of those problems. Using an expert survey that draws on the knowledge of human rights researchers, advocates, lawyers, journalists, and others responsible for directly monitoring the human rights situation in countries worldwide, we present new measures of the intensity and distribution of respect for seven separate areas of civil and political rights and compare those data with existing work. The results demonstrate that our technique for producing data on civil and political rights produces outcomes with strong face validity vis-à-vis existing measures, while providing more and better information than any previous cross-national data collection effort. We aim to extend this approach to most other countries in the world over the coming years.

Working Paper 18-04 "Is internet on the right track? The digital divide, path dependence, and the rollout of New Zealand’s ultra-fast broadband" by Apatov, Eyal, Nathan Chappell and Arthur Grimes. 2018.
Using data on internet access for New Zealand’s 46,637 meshblocks, we examine issues of path dependence and the digital divide. We test whether areas that had the best railway access in the 1880s also have best access to new fibre internet infrastructure. Results suggest strong path dependence with respect to topography: people in areas that lacked 19th century rail due to remoteness or terrain are much less likely to have prioritised fibre access and slightly less likely to have current or (planned) future fibre access. Next, we examine path dependence with respect to ethnicity, given that 19th century railways deliberately avoided predominantly Māori areas.
The results suggest weak path dependence: countrywide, Māori are slightly less likely to get fibre access than other New Zealanders, though are slightly more likely to have access within urban areas. Finally, we examine whether the rollout of fibre is increasing or decreasing the digital divide in access between rich and poor. Results show that those in more deprived areas are the most likely to benefit from fibre access, because these areas also tend to be denser and density was a factor in determining the path of the fibre rollout.

Working Paper 18-03 "How did removing student allowances for postgraduate study affect students’ choices?" by Sin, Isabelle, Eyal Apatov and Dave Maré. 2018.
From 1 January 2013, students in New Zealand who entered postgraduate qualifications other than Honours were no longer eligible to receive student allowances. We use individual-level administrative data that includes tertiary enrolment information, student allowance receipt, student loan borrowing, and wage earnings to investigate whether the policy affected students’ choices. We use a student’s allowance receipt as an undergraduate or her borrowing for course fees as a postgraduate to proxy for her counterfactual allowance eligibility. We use this proxy to compare allowance-eligible and allowance-ineligible students who enter an affected postgraduate qualification or an unaffected Honours degree. Although we are not able to cleanly estimate the causal effect of the policy, our results do not suggest that the policy affected the number or type of postgraduate entrants, their choice between part-time and full-time study, the amount of paid work they performed while studying, or their rates of dropping out. However, our results strongly suggest that students who became ineligible for allowances increased their student loan borrowing for living expenses.

Motu Note 29 "Communities and climate change: Vulnerability to rising seas and more frequent flooding" by Janet Stephenson et al. 2018
Many communities and iwi in coastal and flood-prone locations face an uncertain future because of climate change, with rising sea levels and a greater frequency and magnitude of extreme weather events. We do not yet have a good understanding of how these long-term changes will affect people in these exposed locations, but we can learn from studies of the impacts of short-run natural hazards such as major floods and earthquakes. It is clear that individuals and households can suffer both directly and indirectly, and stressors even from single events can extend over years. These include significant financial impacts, loss of assets and resources, loss of access to valued places, loss of physical and mental health, and loss of identity and sense of belonging. Some individuals and groups may be more vulnerable to these impacts, while others may be more resilient. It is not yet clear who will be more vulnerable, nor what kinds of steps need to be taken to build resilience for the long term.

"The labor market in New Zealand, 2000–2017" by Maré, D.  IZA World of Labor 2018: 427 doi: 10.15185/izawol.427
New Zealand is a small open economy, with large international labor flows and skilled immigrants. Since 2000, employment growth has kept pace with strong migration-related population growth. While overall employment rates have remained relatively stable, they have increased substantially for older workers. In contrast, younger workers as well as the Maori and Pasifika ethnic groups experienced a sharp decline in employment rates and a rise in unemployment around the time of the global financial crisis. Wage gains have been modest and there has been a compression of earnings differentials by gender as well as by skill.

Is internet on the right track? The digital divide, path dependence, and the rollout of New Zealand’s ultra-fast broadband (2018)