Home » Urban & regional » Infrastructure » Is internet on the right track? The digital divide, path dependence, and the rollout of New Zealand’s ultra-fast broadband

Is internet on the right track? The digital divide, path dependence, and the rollout of New Zealand’s ultra-fast broadband 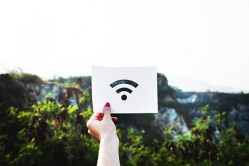 Using data on internet access for New Zealand’s 46,637 meshblocks, we examine issues of path dependence and the digital divide. We test whether areas that had the best railway access in the 1880s also have best access to new fibre internet infrastructure. Results suggest strong path dependence with respect to topography: people in areas that lacked 19th century rail due to remoteness or terrain are much less likely to have prioritised fibre access and slightly less likely to have current or (planned) future fibre access. Next, we examine path dependence with respect to ethnicity, given that 19th century railways deliberately avoided predominantly Māori areas.

The results suggest weak path dependence: countrywide, Māori are slightly less likely to get fibre access than other New Zealanders, though are slightly more likely to have access within urban areas. Finally, we examine whether the rollout of fibre is increasing or decreasing the digital divide in access between rich and poor. Results show that those in more deprived areas are the most likely to benefit from fibre access, because these areas also tend to be denser and density was a factor in determining the path of the fibre rollout.

The Need for Speed: Impacts of Internet Connectivity on Firm Productivity