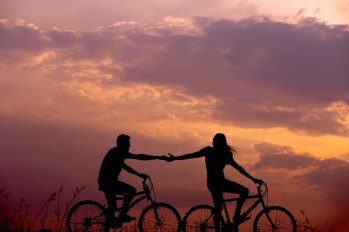 Underlying these objectives was the principle of least-cost compliance for both the New Zealand government and NZ ETS participants. Uniquely among ETS to date, from 2008 through mid-2015 the NZ ETS operated with buy-and-sell linkages to the Kyoto market that did not constrain domestic emissions and were used to set the domestic price. As international Kyoto unit prices plunged from 2011 onward, so did New Zealanders’ incentives to invest in higher-cost domestic mitigation. Instead, NZ ETS participants complied by purchasing large numbers of Kyoto units.

In November 2012, the government announced it would take its post-2012 commitment under the UNFCCC, not the Kyoto Protocol. NZ ETS participants responded by surrendering low-cost Kyoto units and banking NZUs which were expected to remain usable in the longer term. In mid-2015, the NZ ETS delinked from the Kyoto market.

Although the New Zealand government has explored bilateral ETS linkages, none has come to fruition to date. As of 2017, the NZ ETS operates as a stand-alone system with a substantial participant-held NZU bank as the legacy of past linking. The government now faces important decisions about the future of unit supply in the NZ ETS and linkages to international markets.

This paper examines New Zealand’s experience with linking and de-linking its ETS to capture lessons that could be of value to policy makers in New Zealand and other countries. It finds that the considerable opportunities to a small ETS market from linking can be negated if the environmental, economic and political risks are not managed strategically. It also highlights some of the technical and political challenges of negotiating bilateral linking agreements. New Zealand’s future policy on ETS linking, and more generally support for international mitigation as part of our global contribution, should ensure the integrity of New Zealand’s contribution to global mitigation and support strategic domestic decarbonisation in the longer term.

A Timeline of the NZ Emissions Trading Scheme