Including Forestry in an Emissions Trading Scheme: Lessons from New Zealand 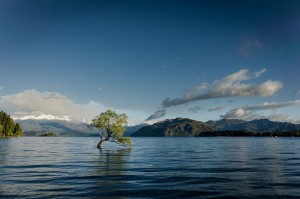 New Zealand is the first, and still the only, country to include forest landowners as full and, in some cases, mandatory participants in a greenhouse gas (GHG) emissions trading scheme (ETS), the NZ ETS. Carbon sequestration by forestry continues to be an important part of New Zealand’s contribution to its global obligations to reduce emissions.

This paper describes the policy changes to the NZ ETS since 2008 that directly affect forestry; assesses the effectiveness of the scheme; explores who is benefiting from it; and outlines issues facing forestry in the NZ ETS moving forward.

We find that forest owners have responded to the financial incentives from the NZ ETS in a rational way. Both afforestation and deforestation decisions appear to have been influenced by the emissions price and/or expectations about the emissions price in the future. However, the scheme has been beset by challenges. The collapse in the global carbon price and, associated with this, the proliferation of international Kyoto credits of questionable environmental integrity, combined with the government decision to delay New Zealand’s delink from international markets until 2015, greatly reduced the price signal for forestry from the NZ ETS from 2012 to 2015. A weak price signal, coupled with ongoing policy uncertainty surrounding the NZ ETS, has limited the effectiveness of the scheme in achieving its forestry goals.

Prospects going forward are more positive particularly if the current reform of the ETS can create clear predictable price signals and better manage the complexity of forestry rewards and liabilities, particularly as faced by smaller landowners who are not professional foresters but could potentially participate and reforest.

Inclusion of agriculture and forestry in an emissions trading system: New Zealand’s experience to date

A system from NZ incorporating the forestry sector