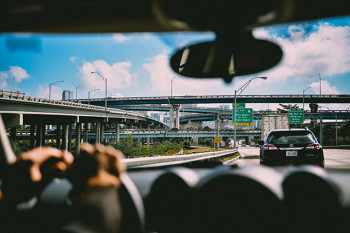 You travel to work
and meet people unlike you.
Pākehā gain most.

Does commuting increase workers' exposure to difference and diversity? The uneven spatial distribution of different population subgroups within cities is well documented. Individual neighbourhoods are generally less diverse than cities as a whole.

Auckland is New Zealand's most diverse city, but the impacts of diversity are likely to be less if interactions between different groups are limited by spatial separation. Studies of spatial sociodemographic diversity generally measure the diversity of local areas based on who lives in them. In this study, we examine measures of exposure to local cultural diversity based on where people work as well as where they live. Our measure of cultural diversity is based on country of birth, with ethnicity breakdowns for the New Zealand (NZ) born.

The study also examines whether the relationship between commuting and exposure to diversity differs between workers with different skills or types of job. The study focuses on diversity and commuting patterns within Auckland, using 2013 census microdata, and using local diversity measures calculated for each census area unit.

We find that commuters who self-identify as NZ-born Europeans and residents born in England (together accounting for close to half of all commuters) are, of all cultural groups, the least exposed to diversity in the neighbourhoods where they live. Overall, commuting to the workplace raises exposure to cultural diversity, and to the greatest extent for these two groups.