That Sinking Feeling: The Changing Price of Disaster Risk Following an Earthquake

We treat the Canterbury (Christchurch) earthquake sequence as a potential source of new risk information to home buyers in New Zealand. 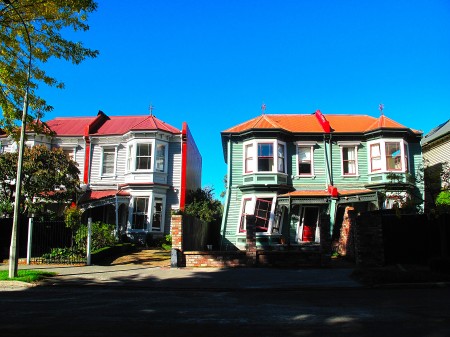 We compare pre- and post-earthquake sales of properties in two other urban areas of the country (one with high and one with low seismicity) to estimate how the pricing of earthquake-related risks changed following the Canterbury earthquakes. Specifically, we test for changes in risk premia associated with soil liquefaction potential, previously a largely ignored hazard, and changes in premia for house construction types (such as brick) that previously were well-known to be less safe in an earthquake.

By exploiting two types of risk (one previously ignored and one well-recognised by households) across two areas with differing seismic risks, pre- and post-earthquake, we use a difference-in-difference-in-difference approach to test hypotheses about how people respond to a new clearly defined risk that is important only in certain circumstances.

These findings are all in accord with rational responses to risk following the earthquakes. However, the liquefaction risk discount in the high seismic area dissipated after two years and had disappeared entirely within three years of the earthquakes. This finding is similar to those identified in a limited number of previous empirical studies on responses to natural hazard events.

While we cannot rule out entirely that this time-varying risk premium is a rational response to risk (e.g. because of changing expectations around insurable versus non-insurable risks), we find it more plausible that these changing risk discounts reflect behavioural responses to risk as indicated in the cognitive dissonance literature.

Before a Fall: Impacts of Earthquake Regulation and Building Codes on the Commercial Building Market