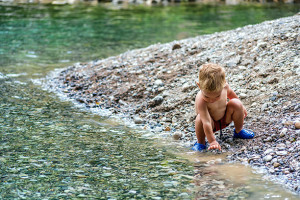 Future drought may very well be the climate change impact with the most significant effect on our economy (see Westpac, 2018). A recent report by Frame et al. (2018) estimated that the economic losses from droughts between mid-2007 and mid-2017 was $720 million. This exceeds the cost of privately-insured damages from floods over the same period, which are estimated at $120 million. This number is, however likely to under-represent the full economic impact of extreme rainfall as uninsured damages and economics losses are not included. Drought already impacts a wide range of activities in Aotearoa including urban water, primary production, and electricity generation. It also has significant impacts culturally and in our communities. Will climate change simply exacerbate these existing pressures, or might it change the nature of impacts?

In 2018, the Deep South National Science Challenge held a dialogue with practitioners and researchers. These participants were from a variety of New Zealand organisations involved in areas where climate-driven changes to drought risk are pertinent for long-term planning. The group’s goal was to better understand drought adaptation issues by mapping current knowledge of drought impacts and identifying knowledge gaps. The aim of this paper is to provide a background to the issues and current research, while capturing the understanding developed by the group regarding the impacts of drought in a changing climate.

The group focussed on future drought exacerbated or altered due to climate change and took an people-focussed (anthropocentric) view of the impacts of droughts starting with inspiration from Maslow’s Hierarchy of Needs (Maslow 1943). Existing issues not unique to climate change were deemed outside the scope of this dialogue. These included the debate around allocation (and pricing) of water and emergency responses to drought.